Blockchain Explained: What is Blockchain and How does it Work? 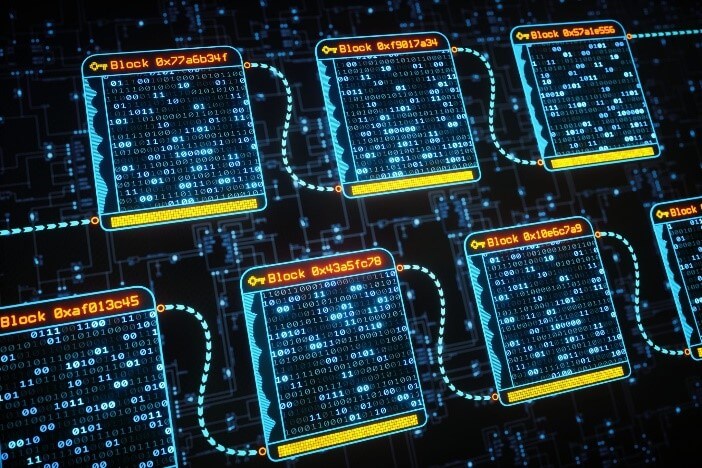 Blockchain emerged in October 2008, is a type of online database that stores the information of bitcoin transactions.

Just like any other bank’s ledger statement, blockchain is a type of digital ledger that can be duplicated and distributed across the network of system. Each block in a chain contains a number of transactions. This Decentralized database is managed by group of people known as Distributed Ledger Technology (DLT).

Transactions are recorded with cryptographic signature known as hash.

If hackers want to corrupt a blockchain system, they would have to change code of each and every block in a chain, which is almost impossible because Blocks for Bitcoin and Ethereum are constantly increasing, as now and then every new block is added to the chain, which significantly adds more security to the ledger.

How does Blockchain work?

Every chain consists of 665,723 blocks and each block has three basic elements.

For every new block of a chain, nonce generates unique cryptographic hash.

Mining a bitcoin means creating a new block in a chain.

Every block has its own nonce and hash which is different from previous block. So mining a block isn’t easy, especially for large tokens such as Bitcoin and Ethereum.

Miners use special software to solve the algorithm of finding a nonce that generates accepted hash. Because the nonce is only 32-bit and the hash is only 256-bit number, there are nearly four billion possible nonce-hash combinations that must be mined before the right one is found.

When this right combination (of nonce and hash) is found, a new block is added to the chain. Miners then, can generate more than 900 bitcoins within that block.

Finding a golden nonce isn’t easy, it takes enormous amount of time and computing power. But if a miner found accepted nonce, then he will be rewarded financially.

Most blockchains are decentralized networks. That means miners are able to connect either directly (peer to peer) or through nodes which are not centrally managed.

Nodes can be a type of electronic device that stores the copy of the blockchains and keep the network functioning. Every node has its own copy of blockchain and the network must algorithmically trust, accept and update a newly mined block in the chain to generate new bitcoin.

Since blockchains are transparent, every action in the ledger can be easy viewed online. Each transaction is comes with a unique alpha-numeric code of 64 characters.

You can track your transaction progress online on Blockchain Website by entering your unique transaction ID. Providing feature like this helps blockchain maintain transparency and creates trust among users.