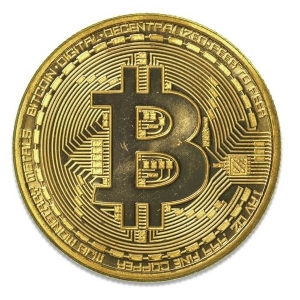 Bitcoin is the first crypto-currency launched in 2008, by Satoshi Nakamoto as a means of payment based on mathematics. The idea behind bitcoin was to create a virtual currency system that didn’t involve banks and instead would operate using a decentralized ledger known as blockchain.

It is like an online version of cash which can be used to purchase goods and services, but not many shops accept bitcoin yet and some countries have banned it altogether.

Since bitcoin is a computer generated file, it is stored in a “Digital Wallet” app on a smartphone or computer. Buying and selling of bitcoin is usually done through this wallet.

Bitcoin is a type of fixed asset as there are 21 million coins generated till now. People trying out various ways of solving the advance algorithm of bitcoin which results in the mining of Bitcoins.

However, these token is easily broken into small units known as Satoshi. One bitcoin is equal to 100 million satoshis (1.00000000 btc). Thus the growth potential of exchanging bitcoin is unlimited.

Why Bitcoin Price is hitting Day by Day?

When this token was first launched in 2009, it had no official price because it was not being sold. However, when the first exchanges began to appear, a price for a single bitcoin was around $0.08.

It was until 2013 when Bitcoin began to take off and started climbing rapidly, and today 1 bitcoin value is more than 23,000 dollars (10 lacks + Indian Rupee). The amount of bitcoin is unstable. Due to the ability to quickly buy and sell of the currency. The price of bitcoin fluctuates every second, thus this gives investors the ability to enter and exit positions quickly.

According to Bitcoin.com, Bitcoin trading volumes in India have crossed the spike of December 2017, at the time digital currency was enjoying an unpredictable boost run globally. Since the lockdown began, Bitcoin rate have increased 10 times.

Meanwhile, several other banks have responded to the rise of crypto-currencies and the slump in the usage of cash by announcing plans for bank-backed virtual units. MicroStrategy, a US-based software company, has invested millions of dollars into the crypto-currency in recent months.

Square, the US-headquartered payments company founded by billionaires Jack Dorsey and Jim McKelvey, also poured a $50 million Bitcoin investment in October 2020.
ZebPay, one of the leading crypto exchanges in India, predicts that the price of single bitcoin could “easily hit Rupees 1 crore by 2030.”

Should we invest in Bitcoin?

Bitcoin is hitting all-time high prices. There are some good reasons to buy Bitcoin in 2021 –

The primary advantage of bitcoin for many users is freedom. Digital currencies allow users more freedom over their own money as compared to physical currencies. Users have full control how they spend their money without any middle man like a bank or government.

Users’ transaction history are never associated with his personal identity, much like cash-only purchases, and cannot easily be traced back to him. In fact, for every new transaction, a unique bitcoin address is generated for security purpose. This doesn’t mean that bitcoin transactions are untraceable, but they are much less readily linked to personal identity.

The bitcoin payment system is peer-to-peer, which means that users can send and receive payments to or from anyone on the network around the world without requiring approval from any external source or authority.

Cryptocurrency users are not subject to any type of traditional banking fees associated with physical currencies. This means no account maintenance or minimum balance fee is required.

Since bitcoin transactions have no government involvement, the costs of transacting are kept very low. This is a good advantage for international businesses.

Like with other online payment systems, bitcoin users can pay for their coins from anywhere with the availability of Internet access. This means that buyers don’t have to travel to a bank or a store to buy a product. However, unlike other online payments through bank accounts or credit cards, personal information is not necessary to complete any transaction.

Information was taken from these sites: