What is Debt Syndication? – Saurabh Investments 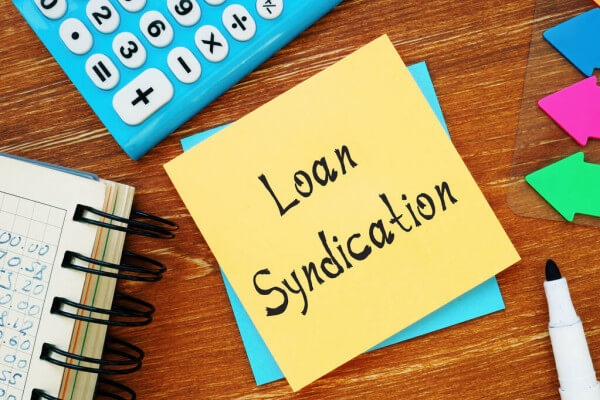 What is Debt Syndication?

Debt Syndication means a group of lenders work together to provide credit to a single borrower. This borrower can be a corporate individual, project financer, or a government entity.

Debt Syndication or Loan Syndication occurs when a borrower requires a large amount of funds which a single lender cannot provide, thus multiple lenders form a group (called Syndication) to provide a requested credit to the borrower.

Here, one of the lender acts as a manager (Arranging Bank), who bring other lenders with him to form a syndication. Each lender contribute his part of loan amount, and all lender equally share the risk of providing loan to the borrower.

Debt syndication is generally used in corporate financing. Companies seek corporate loans for various business reasons such as funding for Mergers or Acquisitions or any other lager expenditure projects.

Who are the participants in Debt Syndication?

The arranging bank also known as the Manager (for debt syndication) and is mandated by the borrower to bring other lenders with him to form a group of syndication. The bank must acquire other lending parties who are willing to participate in the debt syndication process and are agreed to share lending risk.

The financing term negotiated between the borrower and arranging bank are recorded in a term sheet.

{A term sheet is an agreement signed between a borrower and the arranging bank which includes the detailed information such as the amount of loan to be taken, repayment schedule, interest rate on provided loan, duration of the loan, and other fees structure related to the loan.}

The role of agent is to provide lenders with information that allows them to exercise their rights under the syndicated loan agreement.

Note: Agent’s duty is to mainly administrate the communication between both parties, and is not required to give advice to any of the party.

An underwriting deal is a type of written paper signed by lenders (Debt Arrangers) in which they guarantee to syndicate the requested amount of funds (equally or by ratio) within a deadline decided by the borrower.

In this type of syndication, arranger group commits to give their best to arrange less than or equal to the entire amount of the requested funds.

In club loan syndication, there is no bank and facility agent involved at first, Here, the borrower itself decides, how much funds he need from each lenders.

Let’s assume ABC Company is interested in purchasing an abandoned complex, to convert it into a Shopping Mall. For this, the company may require ₹ 1,000 Crores.

ABC Company will discuss this idea with SBI Bank for obtaining a loan, which the bank agrees to provide after watching the credit score of the company. Because the loan is too big for a single bank to give, the bank will decide to form a syndication group with those investors/banks who are interested in these scheme of investing money.

From investors’ point of view, this is a Project Financing opportunity for them.

SBI Bank will act as a manager of the Debt Syndication process, by bringing together other interested banks (example: HDFC Bank, Muthoot Finance and State Bank of India) to participate in the loan.

As the lead manager of the whole syndication, SBI Bank will explain the terms and conditions, and other project details to these lenders.

After the project is completed, SBI Bank will have to manage some part of cash flow with other lenders too.