What is Preferential Issue of Shares? – Saurabh Investments 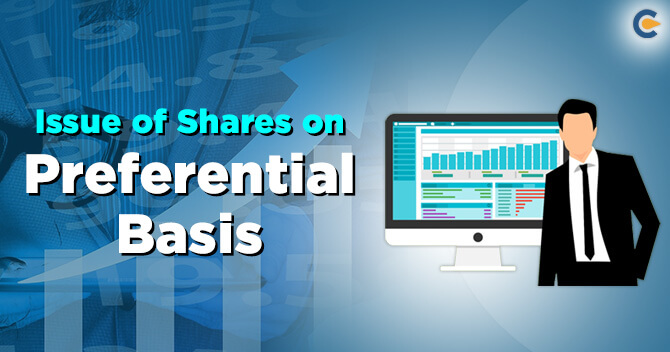 Preferential issue of share is when a company issue very large amount of shares or convertible securities to a selected group of people to raise capital.

This procedure is also termed as preferential allotment of share, Under Section 81 of the Companies Act, 1956 which is neither a rights issue nor a public issue.

This method is different from other fundraising methods, as the entire securities is allotted to a pre-identified participants, who may or may not be the existing shareholders of the company. These are generally the people who are highly interested in getting a stake in the company.

A person holding preferential shares has the right to be paid from company’s assets before equity shareholders if a firm falls into bankruptcy.

Preferential allotment is the fastest way for a company to raise capital. This type of allotment is done by company to provide a route to those shareholders, who are unable to buy a larger quantity of company’s shares at affordable prices during IPOs.

Which companies can allot preferential shares?

What types of securities are offered in preferential allotment?

Advantages and Disadvantages of Preferential Issue

1) When a company earns profit, preferential shareholders will be paid first among other shareholders.

3) No brokerage cost is incurred on preference shares.

4) Raising money through preferential offering helps a company to save time and additional cost compared to public offering.

5) Unlike debentures, no charges are levied on the assets of the company in preferential offering.

1) No voting rights are issued to preference shareholders.

2) Preferential shareholder have claim on the company’s assets, which later becomes an undesirable part for the company.

3) Since no Income tax is deducted on preference dividend, the company has to earn more. Otherwise the dividend for equity shareholders will get affected.

4) Comparing with debentures, financing for preferential share is more costly for the company.

A firm wishes to raise funds from the public in order to meet financial requirements. If it goes for issuing shares to the public on a large scale, it will take a lot of time and will be comparatively complicated process. Whereas, this method of raising funds is the most convenient as it requires less paperwork.