What is an Open Offer? – Saurabh Investments 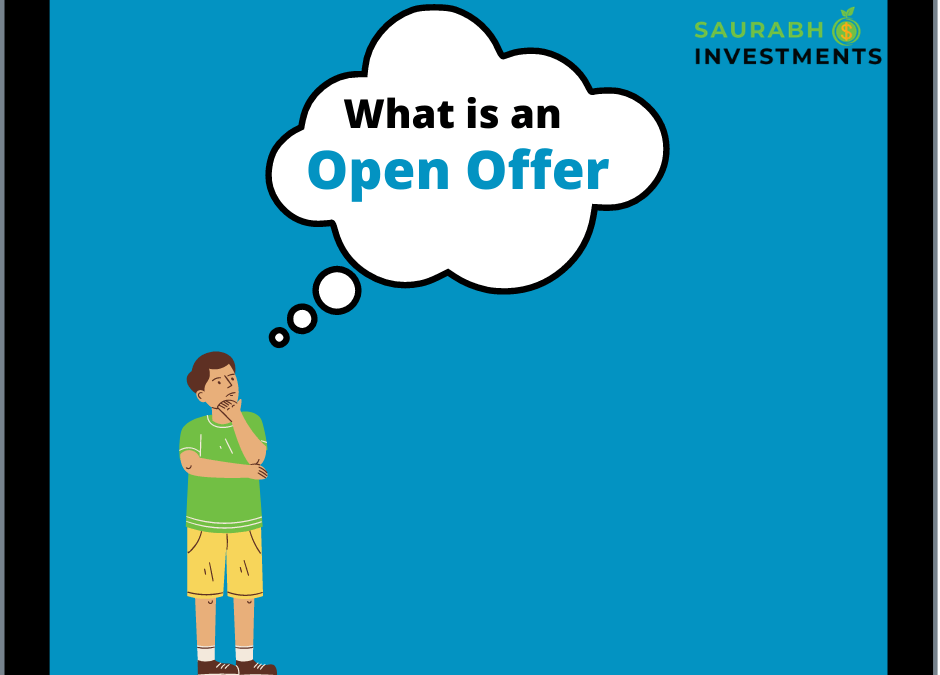 An Open Offer is a secondary market offering, (similar to a right issue) in which a shareholder is given the opportunity to purchase additional share at a lower price that of current market price.

It involves creation of new shares which are made available to existing shareholders in proportion to the number of shares they are currently holding.

Why Would a Company Issue an Open Offering?

When a company acquires up to 15 % stake in another listed entity, an open offer gets triggered. Meaning that the acquiring company must make an offer to existing shareholders of acquired company to buy an additional 20 % stake in the company.

What are the requirements for proceeding an open offer?

For making an open offer, an acquirer company is required to make a public announcement, in newspaper as well as on the SEBI website.

Announcement details should include number of shares offering, price of the new shares, purpose of acquisition, identity of the acquirer, future plans, details about the acquired (target) company, procedure of accepting the shares and the duration of the whole process.

The acquirer company is supposed to pay the consideration to shareholders within 15 days from the date of offer closing. If any delay happens, the acquirer has to pay interest on the same.

What are the similarities and differences between an open offer and right issue?

An open offer works similar to the right issue but with on key difference. In open offer shareholder is entitled to purchase new shares at a lower price, but unlike rights issue offering, open offer restricts shareholder from selling his share entitlement to any third party.

Both open offer and right issue generally lasts for 16-30 days.

How does it work in India?

In India, a company can offer open shares to its shareholders, only after it acquires another listed company by up to 15% shares. In such scenario, the existing shareholders will be given a chance to purchase additional 20% of the company’s shares.

Also, the existing shareholders of the acquired company are given the benefit of an exit option in case they expect potential risks due to change in the management and business.

After determining an offer price, a public announcement is made in the newspaper by the acquiring company. The announcement will also be available on the SEBI (Securities Exchange Board of India) website as the takeover code is regulated by the SEBI.

An offer letter will be sent to the shareholders of the company being acquired.

{The letter of Open Offer is a document addressed to shareholders of the target company disclosing the information of the offer price, purpose, management of the acquire company and further steps involved in accepting the shareholders tendered shares.}

From Shareholders Point of View

When an open offer is announced in public, shareholder typically have three options:

• Accept the offer for basic entitlement – Shareholder purchases the new share by paying the discounted price of the subscribed shares, and increasing his holding in the company.

Shareholders don’t required to pay any dealing charger or stamp duty when he take up shares in an open offer.

• Take up excess shares – by buying more discounted shares on top of shareholder’s basic entitlement. If this is scaled back, the additional cash put forward will be returned to shareholder.