History and Evolution of Stock Market

What is a Stock Market?

A Stock market is a physical or digital platform where stock brokers and traders can buy and sell securities, such as shares, bonds and other financial instruments. It is the most important part of today’s global economy. Countries around the world depend on stock Exchange for their economic growth.

The history of stock market isn’t clear as it could be. Some scholars says that the first official stock market didn’t arrive until the 1500s. However, there were plenty of early examples of markets which were quite similar to stock markets.

In the 1100s, for example, France had a courier exchange system where they managed agricultural debts throughout the country on behalf of banks. This can be seen as the first major example of brokerage because the men effectively traded debts. 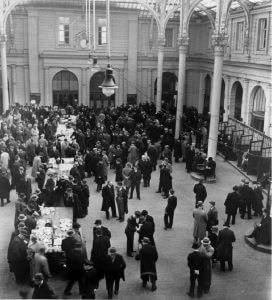 The world’s first stock markets are generally linked back to Belgium. (When it was a part of Netherlands). In the 1400s and 1500s Cities like Bruges, Flanders, Ghent, and Rotterdam all hosted their own “stock market” systems (called “Beurzen”). They majorly traded and exported wool for domestic use.

All these stock markets were missing one thing: Stocks. Unlike modern stock markets, trading share of a company was not actually started that time.

Later in the middle of the 13th century. Venetian bankers started dealt with the government securities, businesses, promissory notes and bonds, and individual debt. The system and organization was similar like modern stock market, although the actual properties being traded were different. 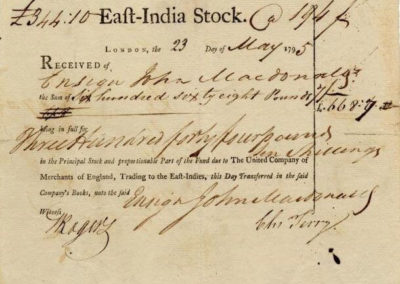 Back in the 18th century, trading companies were going to Asia so they could bring spices, silks and other goods back to Europe. Unfortunately, these trading routes were known to pirates. There were the more common risks of weather and poor navigation and many ships would sink during storms.

Because of this problems, the Dutch East India Company wanted to reduce its risk exposure.

As a result, a unique corporation was formed in 1600 called “Governor and Company of Merchants of London trading with the East Indies”. This was the famous East India Company and it was the first company to use a limited liability formula.

The formula proved to be very successful. Within a decade, similar charters had been granted to other businesses throughout England, France, Belgium, and the Netherlands. 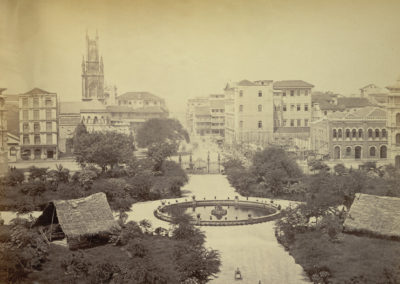 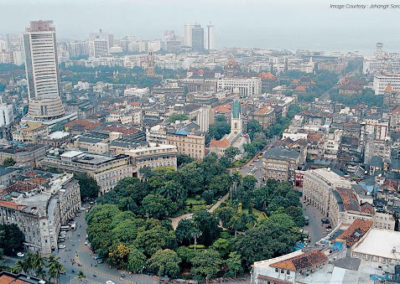 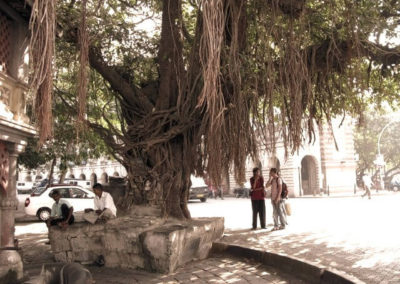 At that time, 22 stock brokers began trading under the shade of a sparkling banyan tree opposite the Town Hall in Mumbai, India. Few investors meet under the tree to trade in cotton and corporate shares.  The tree still stands in the area which is now known as Horniman Circle.

The venue then shifted to banyan trees at the Meadows Street junction, which is now known as Mahatma Gandhi Road, a decade later.

But the fact, that Mumbai was a busy street, Investors started to visit nearest Coffee shops to buy and sell stocks and other essential commodities. Thus, Coffee Shop was the first unofficial but real physical stock market in the world. Early stocks were handwritten on sheets of paper.

Before long, somebody realized that the entire business world would be more efficient if somebody made a dedicated marketplace where businessmen could trade stocks without having to order a coffee or yell across a crowded café.

In 1602, the Dutch East India Company officially became the world’s first publically traded company when it released shares of the company on the Amsterdam Stock Exchange.

The first company to issue Stocks and Corporate Bonds to the public. And each investor was entitled to a fixed percentage of East India Company’s profits.

In 1688, Joseph de la Vega, a successful stock trader of the day wrote the first book about stock market trading called “Confusion of Confusions”. The book described the workings of the Amsterdam Stock Market and other basic advice on becoming a successful trading securities.

At this point, other countries began creating similar companies, and buying shares of stock was all the rage for investors. The excitement blinded most investors and they bought into any company that began available without investigating the organization.

This resulted in financial instability, and eventually in 1720, investors became fearful and tried to sell all their shares in a hurry. No one was buying however, so the market crashed.

When the investors began to receive huge dividends and sell their shares for fortunes, other investors were hungry for a piece of the action.

In the late 17th century, King William III of England sought a way to help pay for the country’s wars, and started issuing government bonds, which led to the establishment of the Bank of England.

The British East India Company (in England) adopted the same strategy of issuing bonds and other securities by way of the Buttonwood Agreement of 1792.

The natural place for this stock trading activity to take place in Jonathan’s Coffee House in an old neighbourhood of the City of London.

London, which at the time was the center of commerce in the city for over a hundred years.

Around the time that stock trading and stock brokers started to catch on in London. Several other coffee houses in the area also took in stockbrokers, as well as their customers, and this area became known as Exchange Alley.

These coffee houses were the forerunner of the London Stock Exchange. One of them, Lloyd’s Coffee Shop, grew to become Lloyd’s of London, one of the world’s largest insurance underwriters.

These coffee houses posted securities trading prices on their boards and patrons would visit to trade the securities.

Due to various traders on the street, the area was popularly renamed as the Exchange Alley.

It was so successful that other companies copied the idea.

As people bought these bonds, this created an interest in trading them, and private companies decided to get in on the action themselves by issuing their shares to the public, which also sparked interest in trading, as public stock always does. 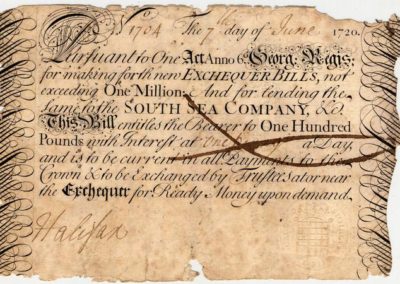 After few years, the King William III of England gave the South Seas Company (SSC) its own charter, and the SSC began selling shares (named “Bubble”).

This bubble share became so popular that the company made a fortune before any of its ships had even left England.

During the days, there were no government regulations involved for stock trading in Great Britain. Other companies noticed the SSC had made a fortune and purchased luxurious offices in London without ever leaving Great Britain. Soon, these new companies offered shares in their own trading schemes.

Some of the schemes did not even describe the purpose of the company. Ultimately, this stock bubble burst because the SSC and similar companies were unable to pay dividends on their profits. Because of the stock market crash, Great Britain banned the issuance of shares until 1825. 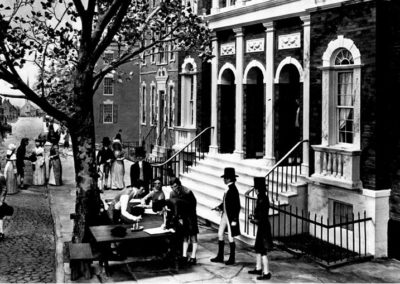 After London Stock Exchange, the creation of the New York Stock Exchange (NYSE) emerged in 1817 was such an important moment in history.

It was in early 19th century, that a small group of merchants (in New York, America) made the own Exchange Board following the Buttonwood Tree Agreement. This group of men met daily to buy and sell stocks and bonds inside a coffee shop.

This organization expanded to become the origin of New York Stock and Exchange Board in 1817, later to be known as simply the New York Stock Exchange, or NYSE.

The NYSE focused on the trading of stocks since its very first day. Brokers first started the trading on New York’s Wall Street.

Technically, the Philadelphia Stock Exchange was the first physical stock exchange in the United States.

However, the NYSE soon became the most powerful stock exchange in the country due to the lack of any type of domestic competition and it’s positioning at the center of U.S. trade and economics in New York.

The New York Stock Exchange earned money by collecting fees from brokers and institutions. Before a company could get listed on the exchange, it had to meet certain requirements.

In 1903, the doors of NYSE opened with hundreds of stock certificates held underground in vaults.

Stock Market spread around the world

Soon after the London Stock Exchange and New York Stock Exchange, major stock markets emerged in the 19th and 20th centuries. From Switzerland to Japan, all of the world’s major economic powers have highly-developed stock markets which are still active today.

Also several countries like in Europe, Iraq, Australia, South Africa, Hong Kong, the Netherlands, Germany, France and India now has their own stock exchange that offer both- domestic and international stocks. 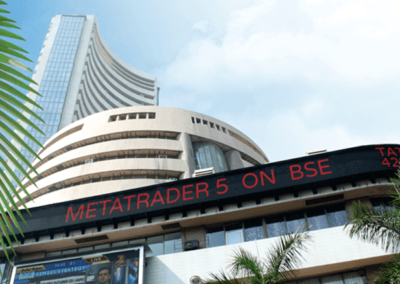 An informal group known as the Native Share and Stockbrokers Association organized themselves as the Bombay Stock Exchange (BSE) in 1875.

The BSE is the oldest stock exchange in Asia and was the first to be granted permanent recognition under the Securities Contract Regulation Act, 1956.

The BSE was followed by the Ahmedabad Stock Exchange in 1894 which focused on trading in shares of textile mills. The Calcutta Stock Exchange began operations in 1908 and began trading shares of plantations and jute mills.

The Madras Stock Exchange followed, being set up in 1920.

In 1957, the BSE was the first stock exchange to be recognized by the Government of India under the Securities Contracts Regulation Act.

The SENSEX was launched in 1986 followed by the BSE National Index in 1989.

The Securities and Exchange Board of India (SEBI) was constituted in 1988 to monitor and regulate the securities industry and stock exchanges.

In 1992 it became an autonomous body with completely independent powers.

In 1992, the NSE was formed as the first demutualised electronic exchange in the country with the intention of ensuring transparency in the markets.

It was in 1995 that the BSE made the switch to an electronic system of trading from the open-floor system.

In 2015, SEBI was merged with the Forward Markets Commission (FMC) with the aim of strengthening regulation of the commodities market, facilitating domestic and foreign institutional participation, and launch of new products.

After dominating the world economy for nearly three centuries, the NYSE faced its first legitimate challenger in the 1970s.

NASDAQ was organized differently from traditional stock exchanges. Instead of having a physical location, NASDAQ is held entirely on Internet and all trades are performed electronically.

Electronic trading gave the NASDAQ a few major advantages over the competition. First and most importantly, it reduced the bid-ask spread.

Over the years, competition between NASDAQ and the NYSE has encouraged both exchanges to innovate and expand.

In 2007, for example, the NYSE merged with Euronext to create NYSE Euronext – the first transatlantic stock exchange in the world.

In 1971, trading began on another stock exchange in America, the National Association of Securities Dealers Automated Quotations or otherwise known as the NASDAQ. In 1992, it joined forces with the International Stock Exchange based in London. This linkage became the first intercontinental securities market.

Which are the largest stock market in the world today?

The list of the top 10 largest stock market in the world today ranked by market capitalization:

Other rising stock markets outside of the top 10 include the Bombay Stock Exchange based in Mumbai, India, as well as the BM&F Bovespa stock exchange based in Sao Paulo, Brazil.

Information was taken from below sites: